In order for electronic devices to function properly and to execute the right command in every situation, they need a controller. The classic wiring of cables and switches, the connection-programmed control (VPS), is increasingly being replaced by the programmable logic controller (PLC). Instead of physical connections between the counters, the processes are programmed digitally. This not only makes it lighter, but also significantly more versatile and quicker to modify.

A PLC is basically a robust process computer, an industrial computer that is designed for continuous use. It consists of an operating system (firmware), signal inputs and outputs as well as an interface.. This enables communication with the user program, it defines the physical characteristics of the data lines and translates, so to speak, between user and controller.

Depending on the application, there are a large number of different interfaces. They differ in transmission rate and distance.

EIA-232, also known as RS 232, is a serial interface that used to be common in computers. It is suitable for low transmission rates over short distances of up to several meters. The signal was initially transmitted via 25-pin connectors, later via 9-pin connectors, which were also common in the computer sector until a few years ago. The binary signals (0 and 1) are described using different voltage states. The standards are defined by the American Electronic Industries Alliance (EIA), which previously used the designation Recommended Standard (RS).

EIA-485, also known as RS 485, is a serial interface for low-cost data communication with high transmission rates in the range of several megabits per second, sometimes even gigabits per second. Because the EIA-485 uses a pair of lines instead of a single conductor, it is less susceptible to interference and is also suitable for longer transmission paths. In contrast to other interfaces, e.g. RS 232, the pin assignment and protocol are not defined and can vary with the application.

EtherCAT (Ethernet for control automation technology) is an extension of the local Ethernet network. With this, several data stations, for example computers or other electronic devices, communicate with each other at the same time. Because of its functional principle, Ethernet is subject to certain restrictions in real-time applications. In classic Ethernet, data packets are first received, interpreted and then the process data is copied. In order to accelerate this process, Beckhoff developed the EtherCAT system. In this way, the devices connected to the network extract the data intended for them in real time. The delay during processing is reduced from several microseconds (millionths of a second) to a few nanoseconds (billionths of a second). 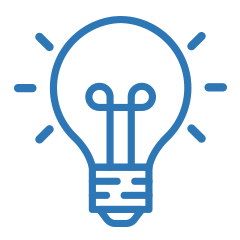